About KWG
Home / About KWG
About KWG
Home / About KWG
Group Profile Milestone Our Honours Social Responsibility
BUILD HOME WITH HEART · CREATE FUTURE WITH ASPIRATION
Founded in 1995, KWG Group Holdings Limited (“KWG” or “The Group”) is now one of the leading integrated urban operators in China. The Group was listed on the Main Board of The Stock Exchange of Hong Kong (stock code: 1813.HK) in July 2007. Since its establishment, KWG Group has always upheld its core philosophy of “Build home with heart, create future with aspiration”, and has focused on the development, sales, operation and management of high-quality properties across a number of sectors.
Corporate Vision 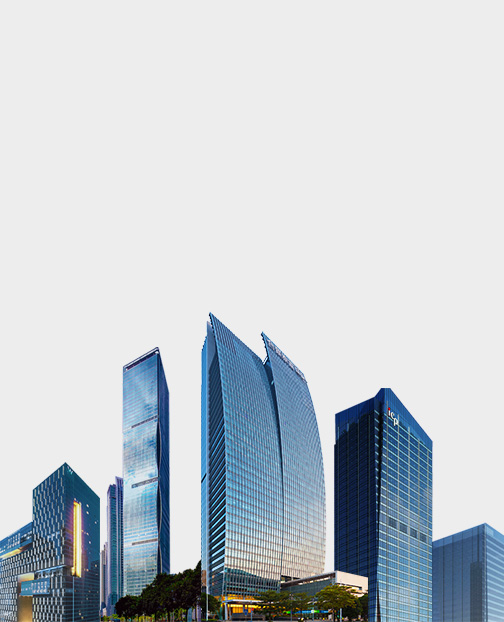 Chairman of the Board of KWG GROUP Kong Jianmin

"We are dedicated to perfecting the details, in order to create more desirable spaces for our customers, and maximizing the value of land, so that customers can experience a different way of life."
Chairman of the Board of KWG GROUP Kong Jianmin
Management Team
KONG Jianmin Founder of the Group and Chairman of the Board
Aged 52, is Founder of the Group and Chairman of the Board. Mr. Kong is also the chairman of the Nomination Committee and a member of the Remuneration Committee of the Company. Mr. Kong is primarily responsible for the formulation of our development strategies, as well as supervising our project planning, business operation and sales and marketing. Mr. Kong graduated from Jinan University majoring in computer science in 1989. He has over 25 years of experience in property development and investment. Mr. Kong is a brother of Messrs. KONG Jiantao and KONG Jiannan. Mr. Kong is also a director of most of the Company’s subsidiaries incorporated in the BVI, Hong Kong and the PRC.

KONG Jiannan Executive Director
Aged 54, is an Executive Director of the Company. Mr. Kong is responsible for coordinating and managing human resources, administrative management, IT management and legal affairs of the Group. He is a graduate of China Central Radio and TV University and joined the Group in 1999. Mr. Kong is the elder brother of Messrs. KONG Jianmin and KONG Jiantao. Mr. Kong is also a director of most of the Company’s subsidiaries incorporated in the BVI, Hong Kong and the PRC.

CAI Fengjia Executive Director & CEO of Real Estate Business
Aged 50, is an Executive Director and the chief executive officer of the Company’s real estate business. Mr. Cai graduated from Hunan University with a bachelor’s degree in architecture and is a registered architect. Mr. Cai joined the Group in May 2007 and has served as the deputy general manager of its Suzhou’s real estate sector, the general manager of its Hangzhou’s real estate sector and the general manager of Eastern China District. He was appointed as chief executive officer of real estate business of the Company in December 2017. Prior to joining the Group, Mr. Cai worked in Guangdong Provincial Architectural Design Institute from 1992 to 2005.

LEE Ka Sze, Carmelo JP Independent non-executive Director and Member of Audit Committee
Aged 59, is an Independent Non-executive Director and a member of the Audit Committee of the Company. Mr. Lee joined the Company in June 2007. He received a bachelor’s degree in Laws and the Postgraduate Certificate in Laws from The University of Hong Kong. He is qualified as a solicitor in Hong Kong, England and Wales, Singapore and Australian Capital Territory and has been a partner of Messrs. Woo, Kwan, Lee & Lo since 1989. Mr. Lee is an independent non-executive director of Esprit Holdings Limited and China Pacific Insurance (Group) Co., Ltd., and a non-executive director of CSPC Pharmaceutical Group Limited, Safety Godown Company Limited and Playmates Holdings Limited, all of which are listed on the the Stock Exchange. Mr. Lee was appointed as one of the four chairmen of Listing Review Committee of Stock Exchange on 5 July 2019. He is also a member of HKSAR InnoHK Steering Committee, a chairman of the Appeal Tribunal Panel (Buildings) (Section 45 of the Buildings Ordinance, Chapter 123 of the Laws of Hong Kong), a convenor cum member of Financial Reporting Review Panel of The Financial Reporting Council, a member of Campaign Committee of The Community Chest of Hong Kong and the co-chairman of The Community Chest Corporate Challenge Half Marathon. Mr. Lee was the chairman of the Listing Committee of the Stock Exchange from May 2012 to July 2015 after serving as a deputy chairman and a member of the Listing Committee of the Stock Exchange from 2009 to 2012 and from 2000 to 2003, respectively. Mr. Lee resigned as a non-executive director of three companies listed on the Stock Exchange, namely Planetree International Development Limited (formerly known as Yugang International Limited), Hopewell Holdings Limited (which has been withdrawn from listing in May 2019) and Termbray Industries International (Holdings) Limited respectively with effect from 30 April 2019, 3 May 2019 and 13 September 2019. On 5 November 2019, Mr. Lee has been appointed as a non-executive director of Playmates Holdings Limited, which is listed on the Stock Exchange.

TAM Chun Fai Independent non-executive Director, Chairman of Audit Committee, Chairman of Compensation Committee, and Member of Nomination Committee
Aged 57, is an Independent Nonexecutive Director, the chairman of the Audit Committee, the chairman of the Remuneration Committee and a member of the Nomination Committee of the Company. Mr. Tam joined the Company in June 2007. He graduated from The Hong Kong Polytechnic University with a bachelor’s degree in accountancy. He is a member of the Hong Kong Institute of Certified Public Accountants and Chartered Financial Analyst. Mr. Tam has almost 35 years of experience in auditing, corporate advisory services and financial management, as well as compliance work. He is an executive director, the chief financial officer and the company secretary of Beijing Enterprises Holdings Limited and is an independent non-executive director of Hi Sun Technology (China) Limited, companies both listed on the Main Board of the Stock Exchange.

LAW Yiu Wing, Patrick Independent non-executive Director and Member of each of Audit Committee, Remuneration Committee, and Nomination Committee
Mr. LAW joined the Company in July 2022. He holds a Bachelor of Building (Hons.) Degree from the University of New South Wales, Australia and a Master of Business Administration Degree from the Australian Graduate School of Management. He is a member of the Australian Institute of Building and CPA Australia. Mr. Law has extensive experience in property development, strategic planning, financial and general management gained from listed companies. Mr. LAW was the Chief Operating Officer, Hong Kong of Minmetals Land Limited, a company listed on The Stock Exchange of Hong Kong Limited, from September 2006 to July 2022.

LI Ning General Manager of Product R & D
Aged 55, is the general manager of product research and development of the Group. Mr. Li joined the Group in November 2010 and is mainly responsible for the development and design of products of the Group. Mr. Li is a grade-one national registered architect and senior architecture design engineer. Mr. Li graduated from Murdoch University with a master’s degree in business administration. Mr. Li has over 30 years of experience in designing large-scaled integrated architecture and operational management.

CHEN Guangchuan Group Vice President
Aged 51, is the vice president of the Group. Mr. Chen graduated from Guangzhou Open University, majoring in business administration. Mr. Chen joined the Group in October 2009 and was the general manager of its Hainan’s real estate sector. He is now mainly responsible for the management of land reserves in China as well as financing management of the Group. Before joining the Group, Mr. Chen was a general manager of a real estate company.

YAO Zhimin Vice President of Finance
Aged 58, vice president of the finance and treasury department of the Group. Mr. Yao graduated from the Shenzhen University with a bachelor’s degree in finance. Mr. Yao joined the Group in March 2018 as a vice president of the finance and treasury department, and is responsible for the management of treasury activities. Prior to joining the Group, Mr. Yao has worked as a president and general manager at the Guangzhou Xiajiu Lu sub-branch, Guangzhou Dezhengzhong Lu sub-branch, settlement and electronic banking department of Guangzhou branch, Guangzhou Baiyun Lu sub-branch of the Industrial and Commercial Bank of China. Mr. Yao has 30 years of experience in the management of treasury activities.